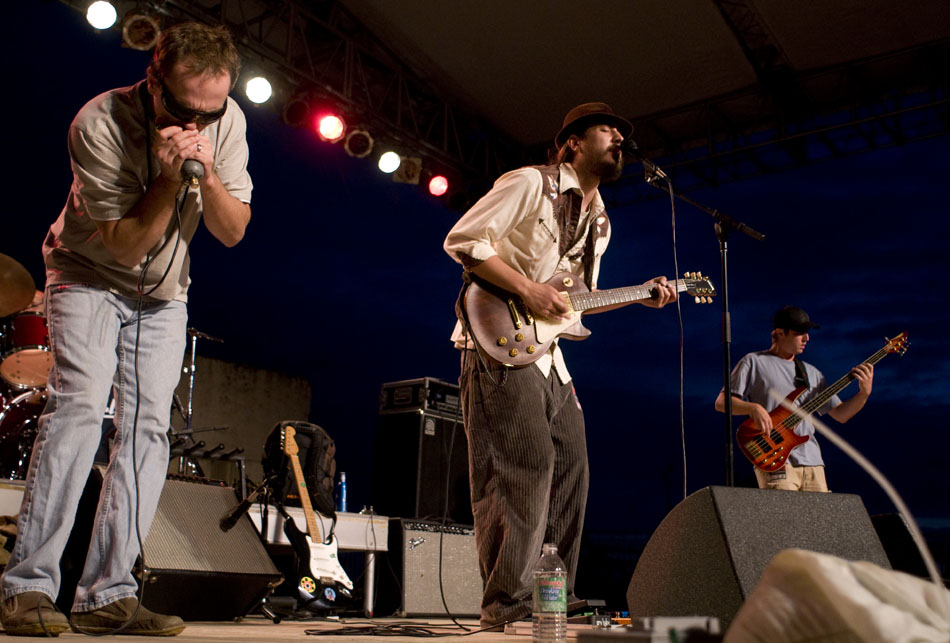 The Easy Riders are a nationally touring band that has played numerous tours
across the country, performing at an array of bars, venues,
festivals, private parties and everything in between. While they
typically perform as a three-piece electric blues/rock band, they are
also capable of playing acoustic style shows (sans drums, hand
percussion instead). They played at Summer Camp Music
Festival (in their home state of Illinois) for the 8th year in a row
(fifth year as the VIP house band) where they performed five sets
over the course of four days.

They have shared the stage with a number of
notable players including Ike Willis and Ray White (Frank Zappa),
Victor and Reggie Wooten, Vinnie Amico (MOE), Jason Hahn (EOTO),
Herman Greene and Terry Saffold (Stax Records), Roosevelt Collier
(Lee Boys), among others. They have opened up for artists like JGB,
Marshall Tucker Band, Keller Williams, Nth Power, and Tim Reynolds,
and The Schwag, just to name a few.