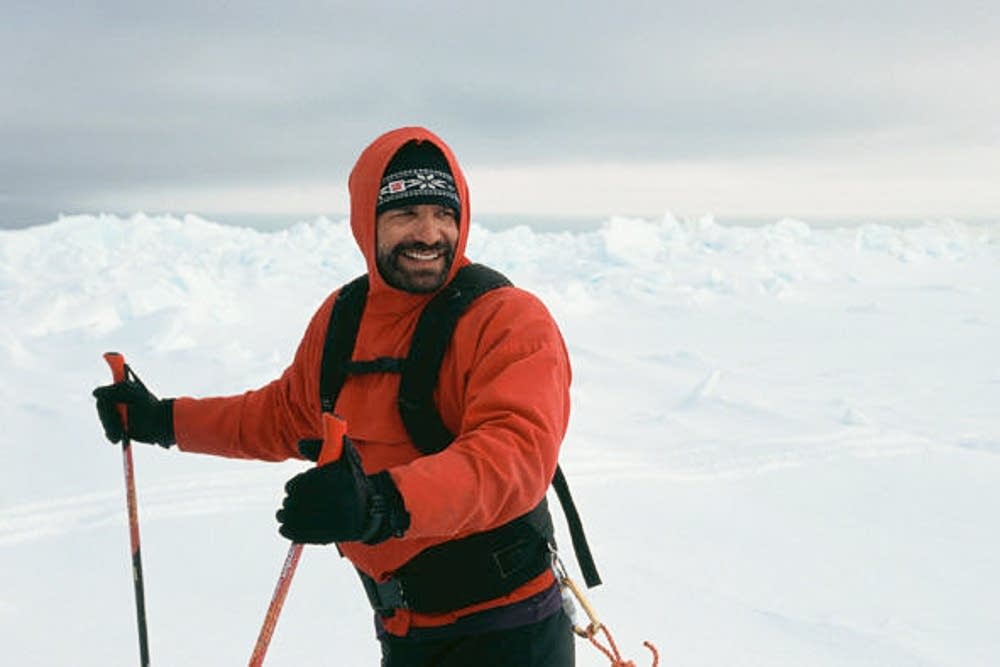 Lonnie Dupre knows how to explore, both on and off trail.

Join us on June 2nd for a talk from our local Arctic Explorer Lonnie Dupre. He has been busy all winter exploring uncharted territory and he’s coming in to our brewery tell you all about it at 7pm.

As a National Trails Day bonus, tell your beertender your favorite trail in Cook County and get $1 off your pint. Cheers to being outside on the trail!

During an Arctic career spanning 25 years, Dupre has traveled more than 15,000 miles throughout the high Arctic and polar regions by dog team, ski and kayak.  Many times, his path followed the footsteps of earlier explorers, including Robert E. Peary and Matthew Henson, Roald Amundsen and Knud Rasmussen.  Like them, Dupre lived and traveled with the Polar Inuit, learning from these hardy people, and developing a deep appreciation for their culture and way of life.
Dupre has always believed that if a person works hard and believes strongly in its purpose, it is possible to overcome seemingly insurmountable obstacles in pursuit of one’s dream.  He also believes that not reaching one’s goals does not mean failure, and that, in fact, success sometimes comes only when one turns back and starts again, more knowledgeable and more prepared than the time before.
Lonnie has completed expeditions including;  Bering Bridge Expedition, Northwest Passage Expedition, Lillehammer, Norway to Murmansk, Russia, Banks Island Expedition, First Circumnavigation of Greenland, One World Expedition: Summer Expedition to the North Pole, 2009 Peary Centennial Expedition to the North Pole, and most recently during January (2015) when he completed his 2011–2015 Polar Climb 1 expedition.  He solo climbed Denali a.k.a. Mount Mckinley, becoming the first person to solo-climb Denali in January.

With winter winds regularly exceeding 100 miles per hour, temperatures dropping below -60º F, and just six hours of sunlight each day, January is a formidable time on Denali, whose elevation of 20,320 feet makes it North America’s highest mountain.  Dupre reached the summit at 2:00p.m. (AKST) on January 11th, 2015.

Only nine expeditions, totaling 16 people, have ever reached the Denali summit in winter, and six deaths occurred during those climbs.  Of these previous winter expeditions, four were solo, but none was in January, the darkest and coldest time of the year on the mountain.
Lonnie will give a multi-media presentation on his winter solo Denali climb.  Immediately following the presentation Lonnie will be signing his new book Alone at the Top – Climbing Denali in the Dead of Winter, published by Minnesota Historical Society Press.